As inspired by the children and educators of Reggio Emilia
Menu 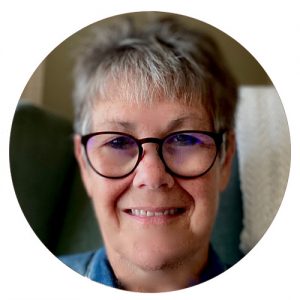 Sharon returns to the ORA board, serving in 2013-14 before departing for work in Bermuda.

Sharon began her working life in childcare as an educator and supervisor. She first learned about the Reggio Emilia infant-toddler-preschools and their documentation processes early on in her work in public schools. In 2009, she participated in 3 consecutive study weeks. As the superintendent responsible for early learning and childcare with the Rainbow District School, she introduced Reggio, their values and pedagogy, to the staff and trustees as a provocation for the reconceptualization of early learning in public schools. She partnered with community to host summer learning institutes. She joined with artist Sophie Anne Edwards and the Ontario Arts Council to bring the arts, artists, and ateliers into early learning classrooms. This work is documented in Sophie’s books, The Art of Land-based Early Learning Vol. 1 & 2. In 2015, Sharon returned to Reggio Emilia for a 4th study week while Assistant Director of Early Childhood for the Ministry of Education in Bermuda where a group of committed influencers were thinking about the image of the child and developing a national early childhood policy. She attends ORA conferences with her colleagues and contributes to the documentation exhibits. She is a founding member of a Northern Ontario Reggio Network in Sudbury that coordinates local book and documentation studies. Recently she co-authored an article titled “Water Pathways and Research Tributaries” for Innovations with Julie Kelly and Sophie Edwards; an example of a creative ecological research process.